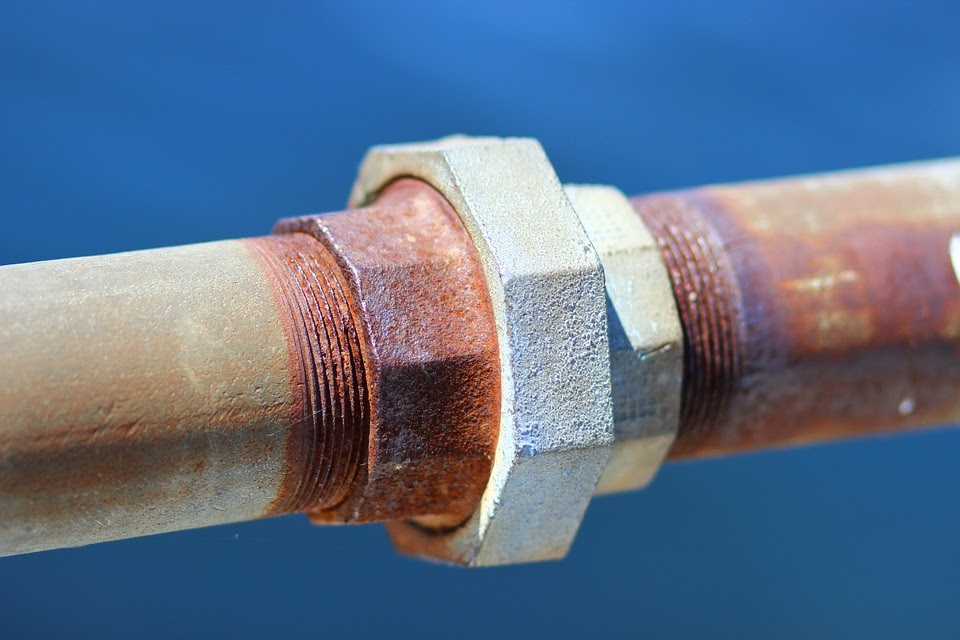 An average home or building owner will drink or use potable water without thinking twice about it. But did you know that pipe corrosion can significantly affect the potable water quality, and in some cases, release toxic chemicals?

Not only can it damage your building’s pipes and plumbing systems, but it can also lead to health problems if untreated.

Pipe corrosion can spell disaster in some severe and untreated cases, but being prepared can help every property owner avoid health hazards and extreme measures.

This article will cover pipe corrosion, its causes, its effects, how to avoid it, and how to treat it correctly.

What exactly is pipe corrosion? Pipe corrosion is the electrochemical and oxidation of a pipe’s structure. It can occur on the inside and outside of pipes and related structures as they are exposed to corrosive elements.

Even if your plumbing system doesn’t use metal pipes, you still could have corrosion. Depending on the material your pipes are made of, the type of corrosion you may experience may be galvanic corrosion, pitting, crevice corrosion, or uniform corrosion, among others.

Galvanized steel pipe, often used in older homes, is steel that’s been treated with zinc. Due to the labor involved with cutting, threading, and installing the pipe, it’s not often used now, with the exception of some limited use in repairs. However, it is still seen in commercial applications. Generally, these pipes have a functional life of 40 to 50 years.

Copper pipe is used for both hot and cold water distribution. Copper pipes are used in both above ground and underground plumbing, but copper can be impacted by some soils, so it’s ideal to have a protective sleeve placed around it if it will be used underground. Copper piping often lasts up to 50 years but thins as it ages, leading to leaks. Because of the increased cost of copper and the additional labor needed, PEX is a common alternative that’s more widely used today.

PVC is a type of plastic pipe that is widely used in plumbing. It was one of the first plastic pipes used in place of copper. It’s usually reserved for cold water pipes only, because the heat may cause the plastic to melt. That’s where CPVC comes in, as it can be used for hot water lines. Both PVC and CPVC typically last 50 to 75 years, but failures can happen.

PEX is resistant to hot and cold temperatures, so it can be used for both water lines in the home. It’s also common in radiant under-floor systems designed to keep your floor warm. It’s more durable than copper, with a lifespan of 50 years.

All of these pipes are susceptible to corrosion.

Unfortunately, all pipes are susceptible to corrosion with the passage of time—as the piping material breaks down due to its environment. Common causes of corrosion include:

The Effects of Pipe Corrosion

Some level of pipe corrosion is to be expected as the piping system ages. While the occurrence can be common, the effects can be quite detrimental. Here are just a few effects of pipe corrosion:

If you have copper pipes, you may find that copper has leached from the pipes into your drinking water. Though it’s not as common today, if your home was built before 1981 and hasn’t had the plumbing system replaced, it is something to monitor.

When dealing with severe corrosivity, you may find that the whole house has to be repiped. If there’s a significant amount of corrosion inside the pipe, it can cause various issues and even complete failure of plumbing and pipe systems.

Corrosion may also cause unsightly stains on your fixtures and produce odors due to the chemical interactions.

Though numerous things can lead to leaks, both large and small, corrosion wears the pipe down and creates pits, cracks, or pinholes. When left unattended, even a slow drip can lead to massive damage.

Financially, pipe corrosion costs can range from reasonably minimal (when dealing with small sections of corroded pipe) to tens of thousands of dollars (when dealing with massive pipe failure and internal corrosion). Homeowner’s insurance should cover water damage, but many exclude damage that has occurred slowly over time, such as pinhole leaks.

How to Avoid Pipe Corrosion

Though you can’t completely prevent pipe corrosion, there are things you can do to slow the process or avoid it.

Failure to address the issue may only make the problem more severe in the long run. If you suspect you have a corrosion problem, reach out to the team here at ePIPE.

Our plumbing professionals can come out to inspect your system and determine the best course of action for corrosion control.

Most of the time, our epoxy coating can repair the pipe structure without the need for traditional repiping methods.

Save time and money by choosing ePIPE. Our team of professionals offers 24/7 support for emergencies and even provide financing options. You can get in touch with us about your specialty projects, too.

Ready to treat or prepare for pipe corrosion correctly? Contact us today.

Repairing Your Copper Pipes with a Sleeve